Deliciously soft and sweet dough smothered in cinnamon. This Easy Monkey Bread is the ultimate pull-apart bread that you won’t be able to stop eating! 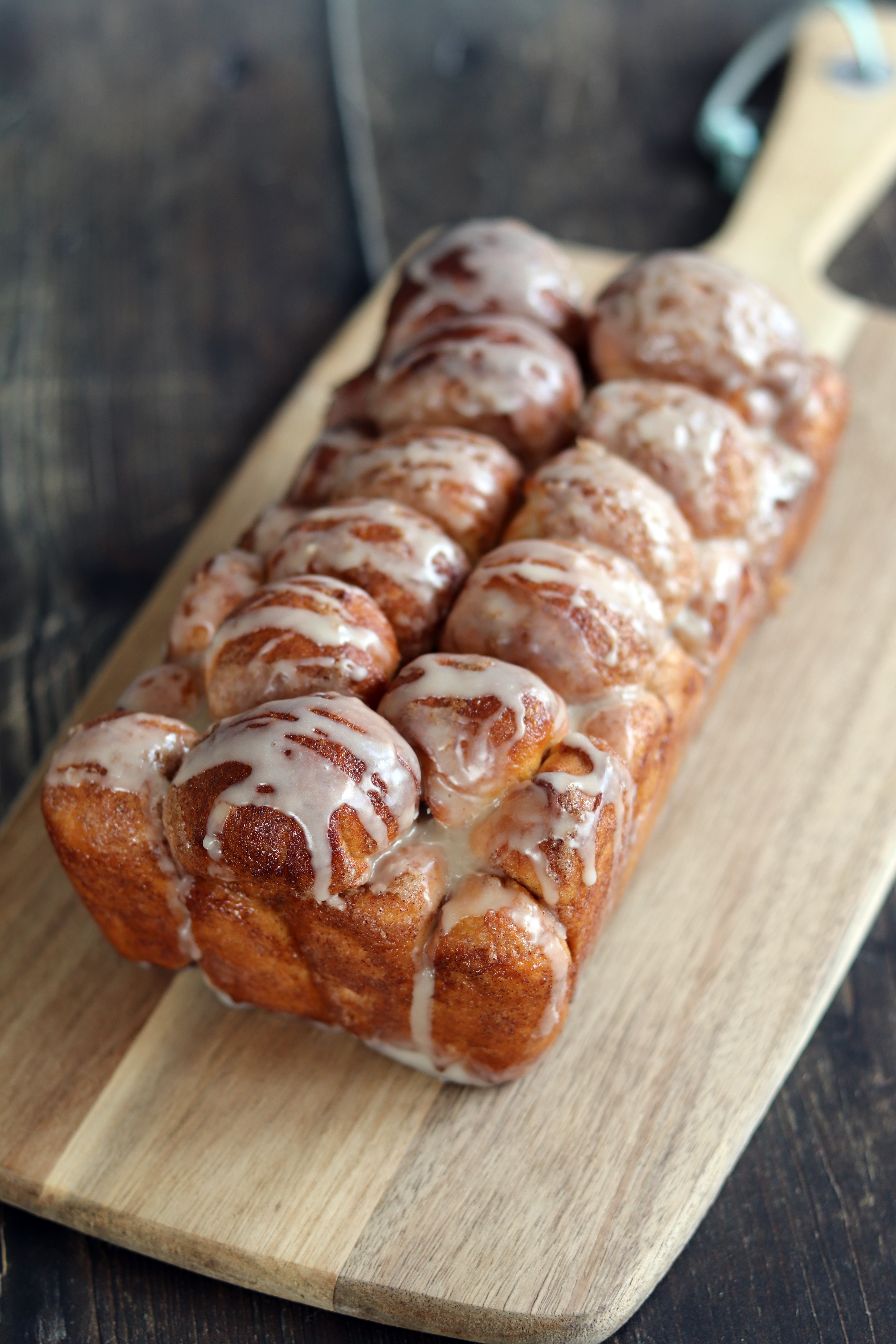 What is Monkey Bread?

If you don’t live in North America, you may not have heard of Monkey Bread. It is a sweet and sticky soft cinnamon bread.

It’s name comes from the idea of it being a bread that is picked apart using your fingers as monkeys would.

I struggled with what I was going to call this recipe. Monkey Bread is a very familiar term for people in certain areas of the world and not in the others. I also considered calling it pull apart bread or tear and share bread.

In the end it had to be Easy Monkey Bread because it is a simplified version of this. 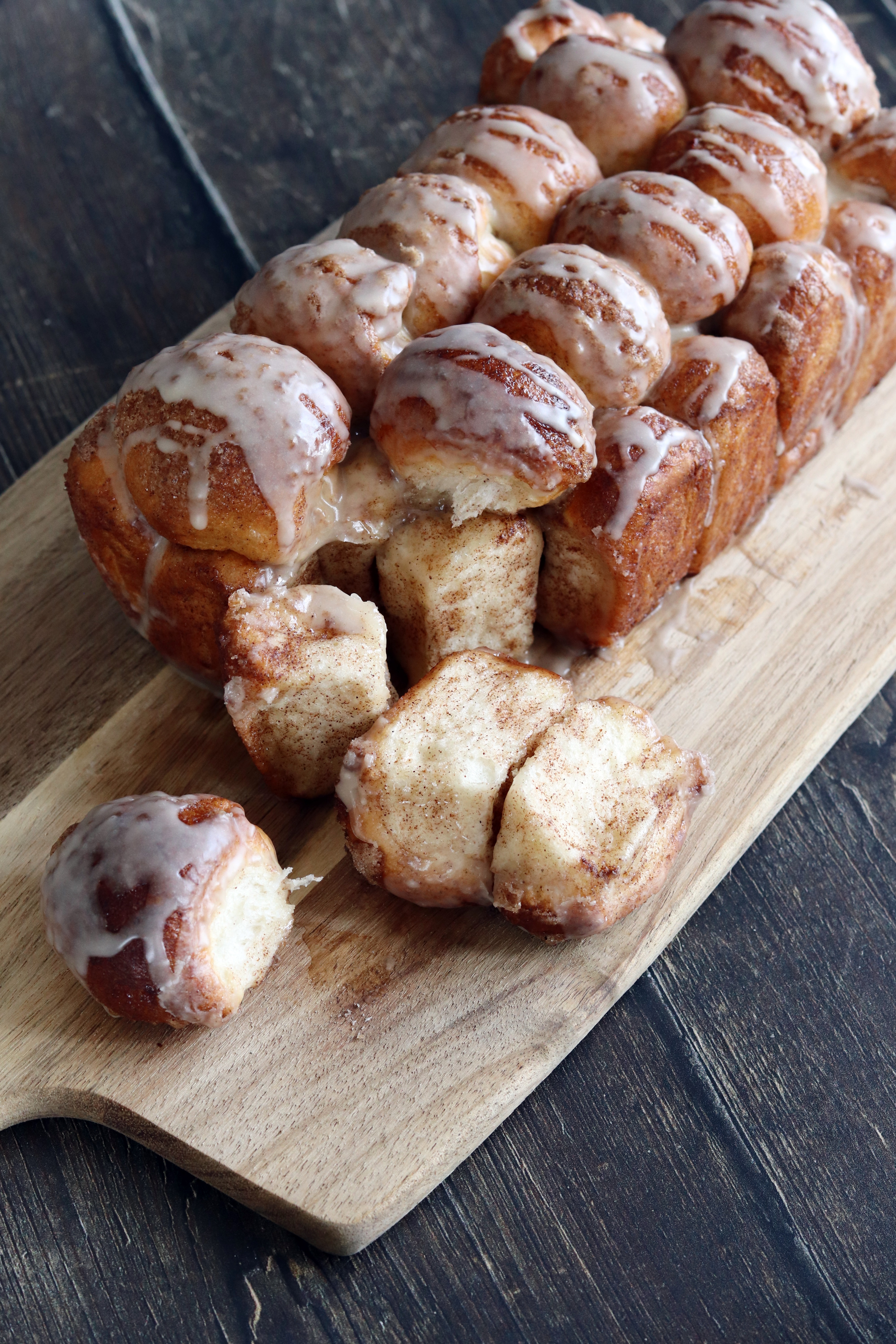 My Easier version of an American classic

I love monkey bread, it really is delicious. But I very rarely make it. All of the recipes I have seen make a huge ‘loaf’ usually using a bundt tin.

If you have a bundt tin that’s great; but if you don’t you might then be put off making the recipe.

I decided to reduce the recipe so it used a smaller tin that more people might have. I also wanted to make it smaller so that people don’t need to invite their extended family over to eat it!

Another difference between my Easy Monkey Bread and the original is a reduced amount of sugar. The popular recipes have an extra sugary cinnamon drizzle that you pour over the dough before putting it in the oven.

I’m sure this is to help bind the dough balls together and isn’t just for an extra sugary hit. But because my loaf is smaller, I decided it didn’t need extra sugary glue. 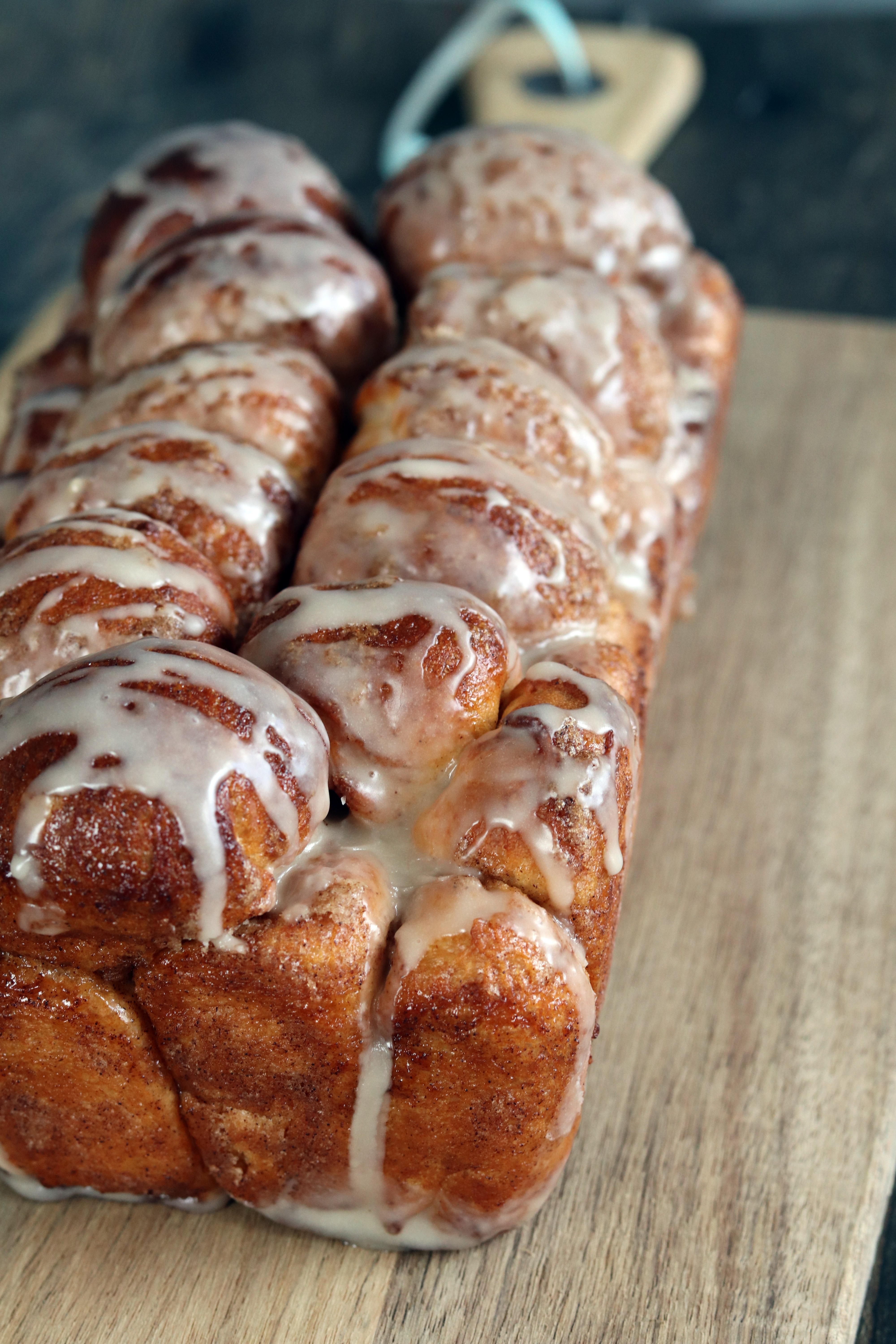 As the name suggests, I think this is quite an easy recipe (especially if you have a mixer!). Your mixer does most of the work for you and all you really need to do is roll some dough balls.

Those dough balls don’t even have to be particularly neat. If you have a less than perfect looking side, just make sure that is the bottom and no one will know! 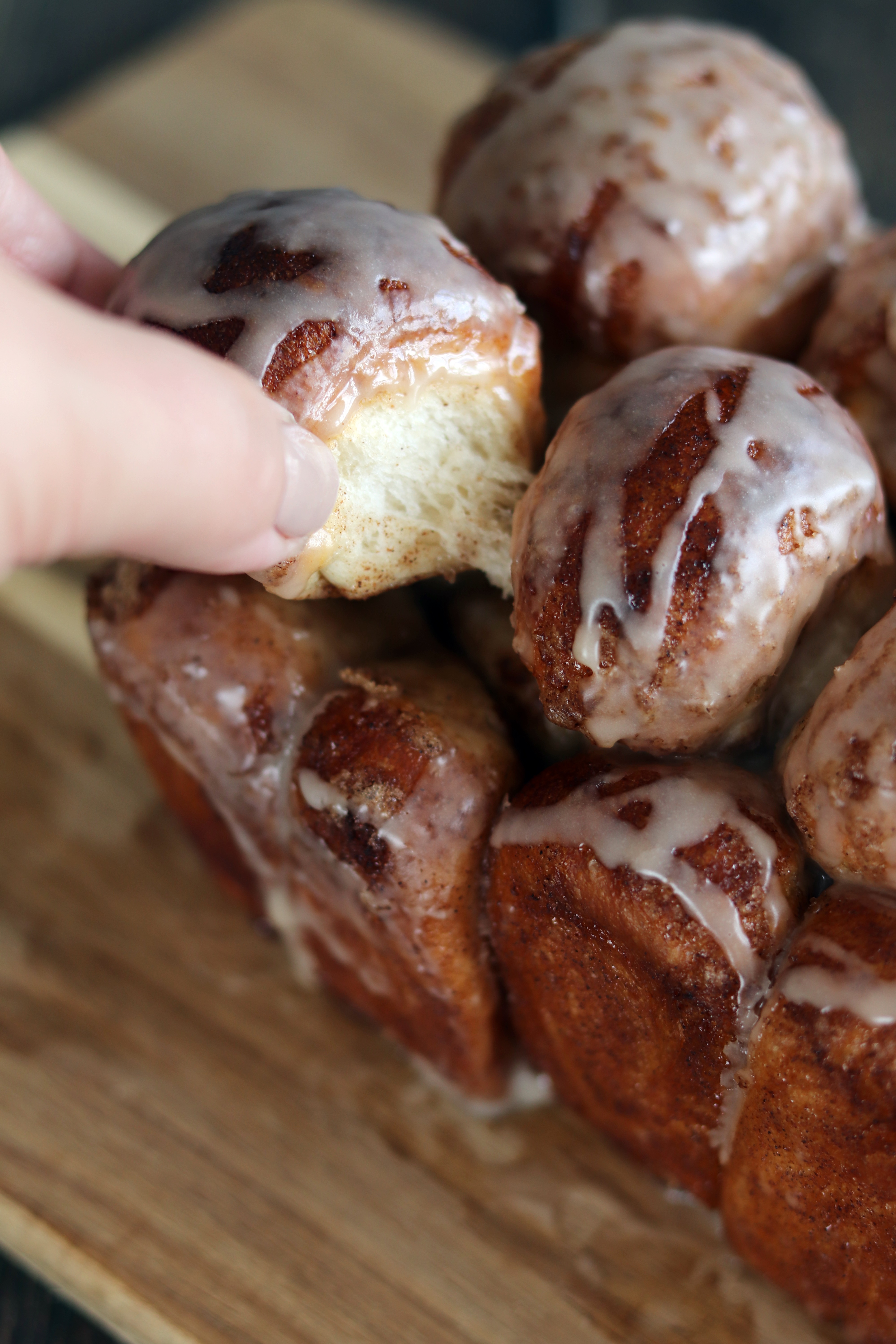 The temperature of your kitchen will affect the proving time. If it is a particularly hot day, your dough may only need one hour to prove before it doubles in size.

Alternatively on a cooler day you may need the full two hours. Don’t panic if after an hour your dough isn’t much bigger, just give it a bit longer.

When it comes to rolling the dough balls in the butter and then the cinnamon sugar, I would recommend keeping a wet and dry hand. This just helps reduce the chance of cinnamon sugar getting stuck to the butter on your fingers!

This Easy Monkey Bread is like a lot of fresh bread and best eaten on the day you make it. It will still be tasty the next day but after that it might become less fluffy. 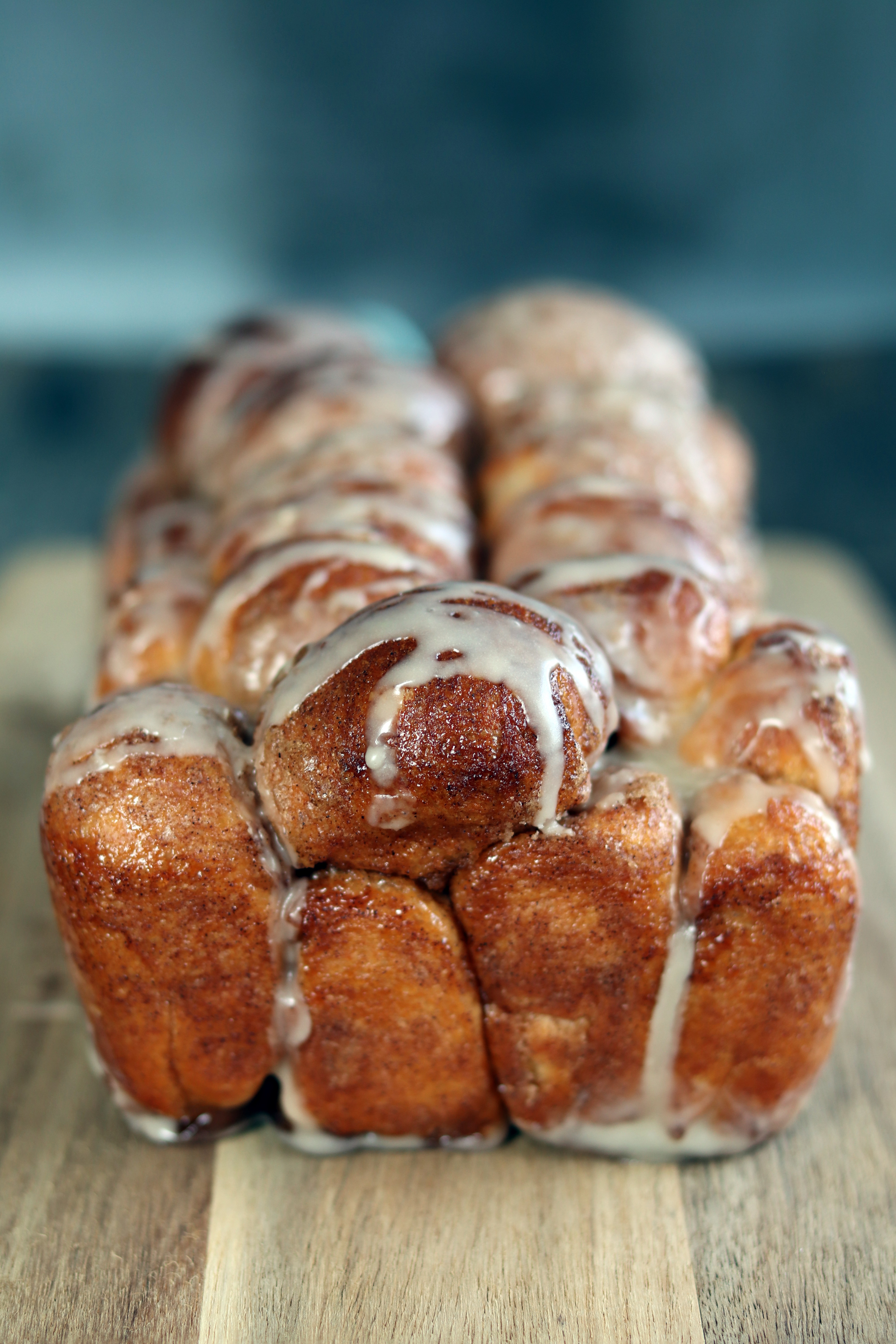 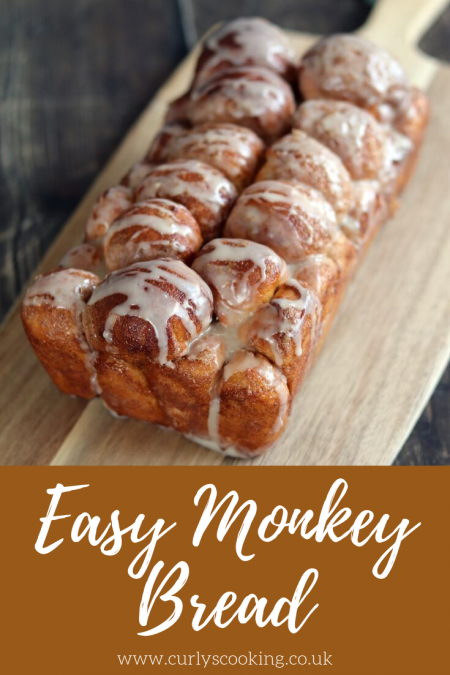 Deliciously soft and sweet dough smothered in cinnamon. This Easy Monkey Bread is the ultimate pull-apart bread that you won't be able to stop eating!

For the cinnamon sugar