Deliciously thick and comforting, this Sweet Potato, Leek & Rosemary Soup is perfect for a cold evening. If these flavours don’t scream Autumn I don’t know what will! 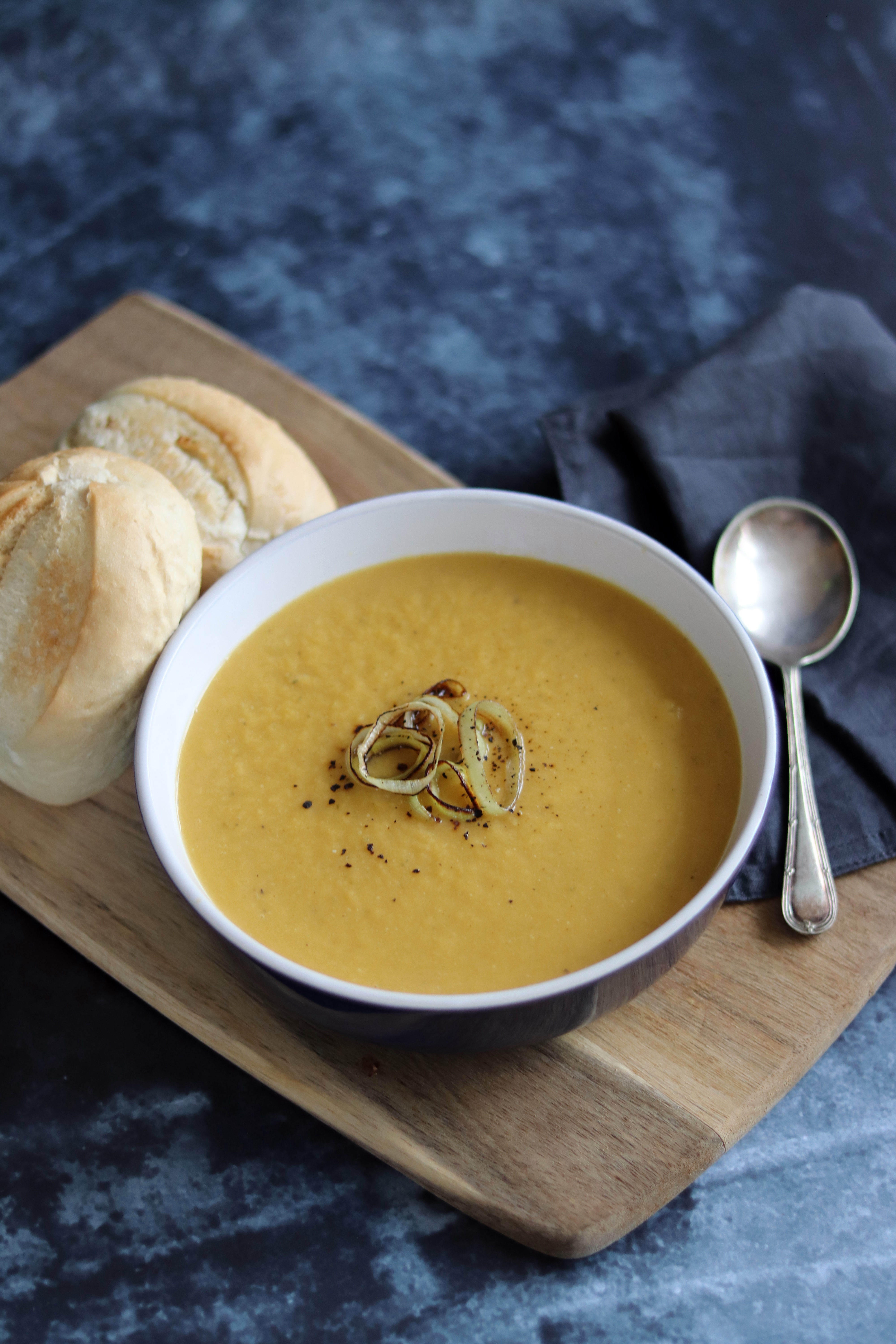 Obviously you can eat soup year round, but personally I only tend to eat it during the colder months. As soon as Autumn starts to appear, soup season starts for me!

As you may already know if you have read other posts on my blog, I don’t like shop bought soup. Well, I am yet to find one I like so I have given up trying! I much prefer to make my own, and why wouldn’t you when it is as simple to make as this Sweet Potato, Leek & Rosemary Soup. 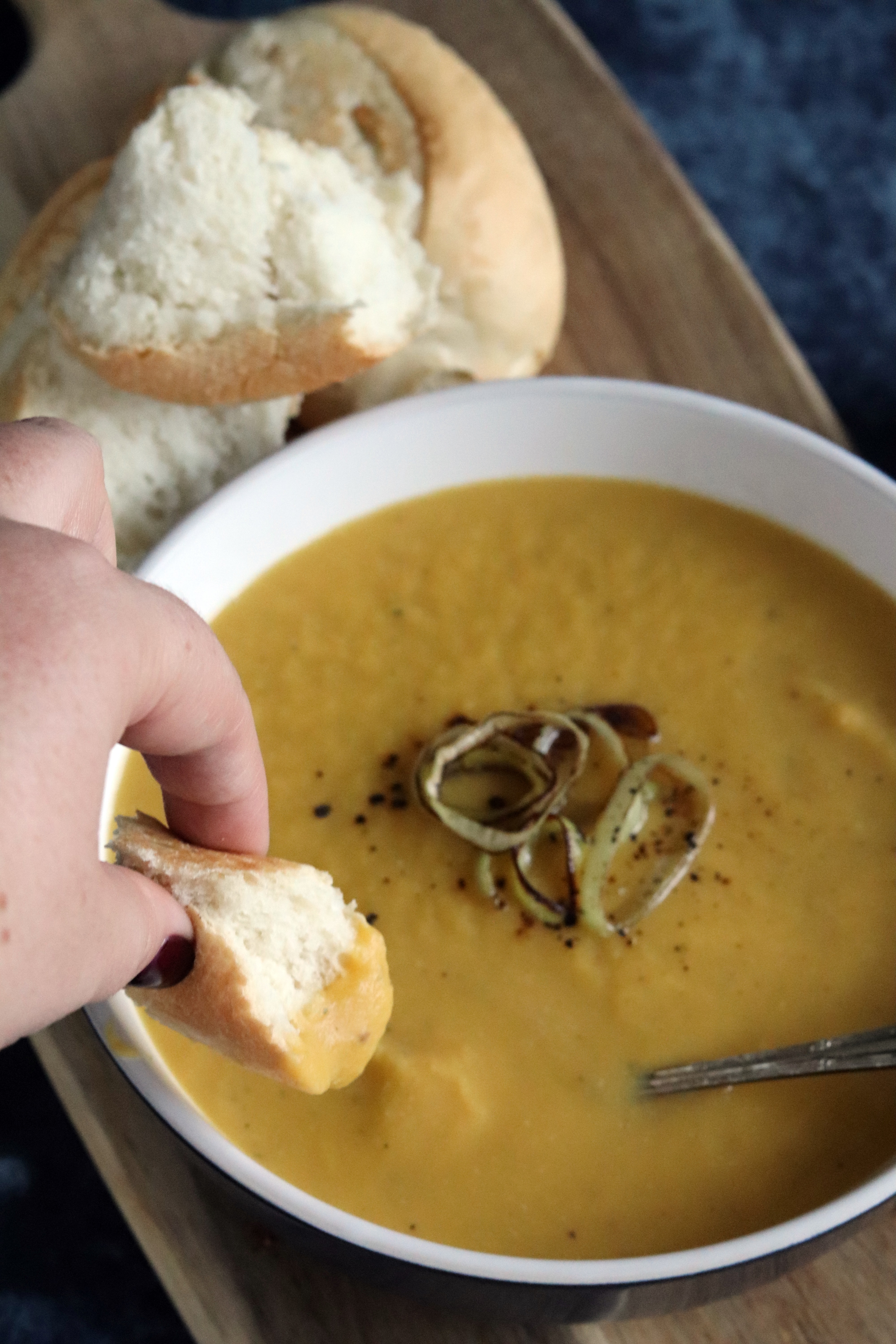 Benefits of making your own soup

There are so many benefits to making your own soup. Firstly you know exactly what is in it which means there are no preservatives. Also you can make the recipes healthier than a lot of the ones you can buy in the supermarket.

You can also make the soup the consistency you like. Mr Curly definitely prefers thick soup like this Sweet Potato, Leek & Rosemary Soup and my Leek & Potato Soup.

By making your own you can also make a few portions. I like to have soup for lunch, but Mr Curly doesn’t so I freeze the extra portions.

Soup freezes really well and doesn’t take very long to defrost either. I have four or five different flavoured soups in my freezer ready and waiting for me which is far easier than going to the shop. 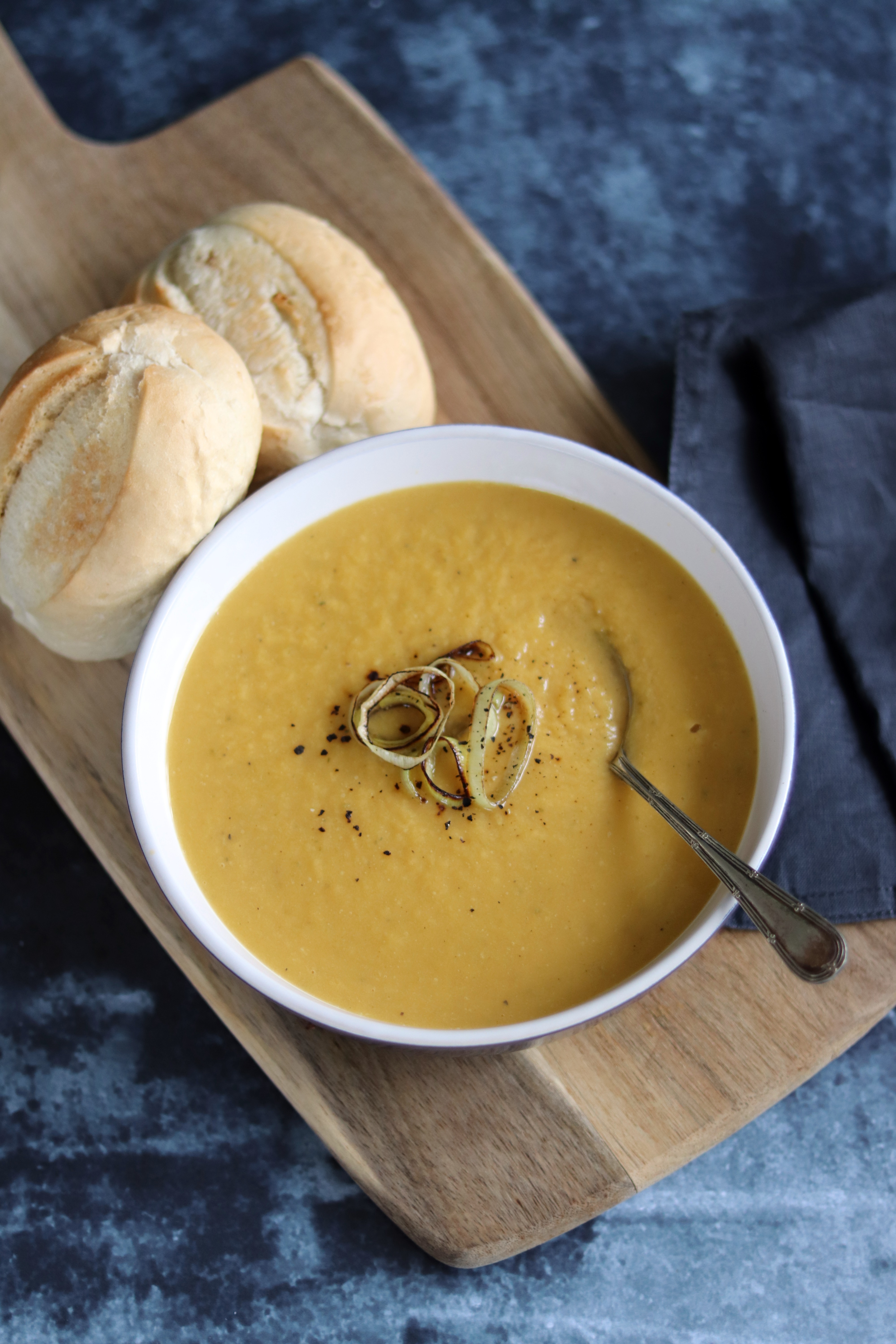 I have  had a soup maker for quite a few years. It definitely makes it easier and quicker to make soup. It doesn’t have the largest capacity though so only makes three generous portions.

You by no means have to use a soup maker to make this Sweet Potato, Leek & Rosemary Soup. You can easily make it in a pan in the same way and even double the ingredients if you want.

If you’re looking for a recipe specifically written to be made in a pan that makes more portions, check out my Moroccan Chicken Soup. 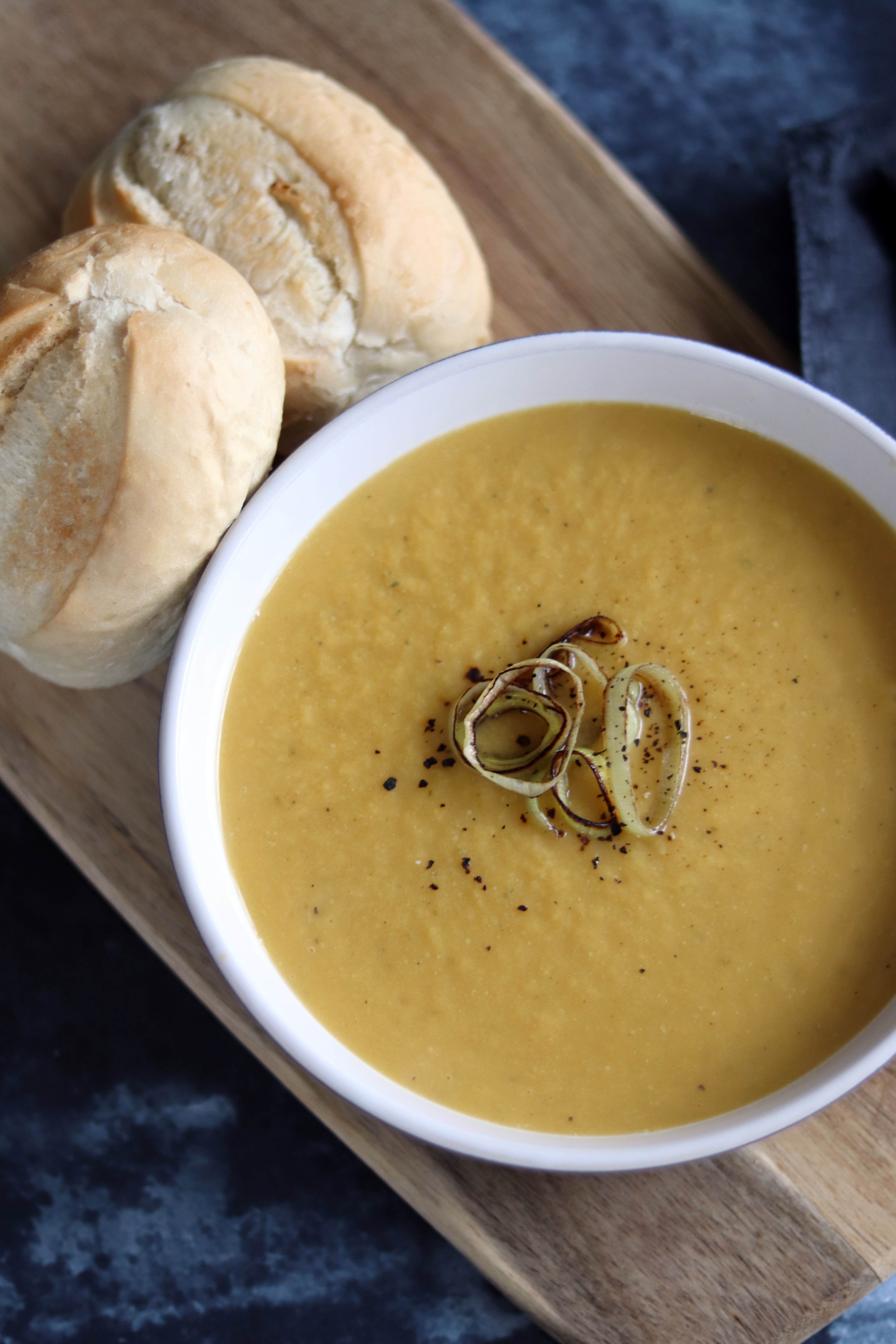 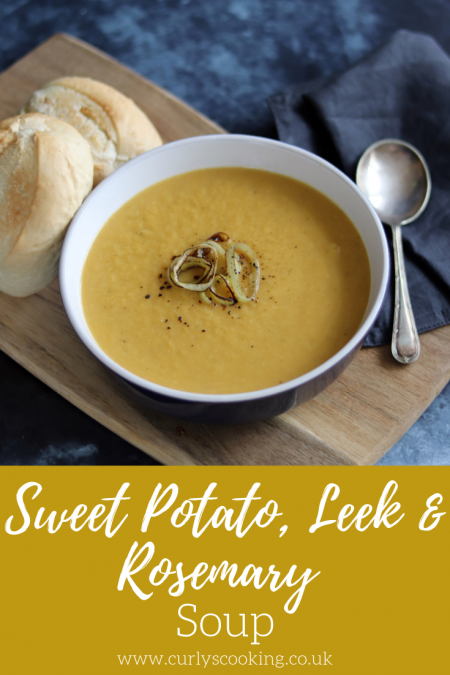 Deliciously thick and comforting, this Sweet Potato, Leek & Rosemary Soup is perfect for a cold evening. If these flavours don't scream Autumn I don't know what will!