Bring a bit of Mauritius into your house with my tasty Mauritian Chicken Curry. Delicious and simple to make; cooking from scratch doesn’t have to be complicated. 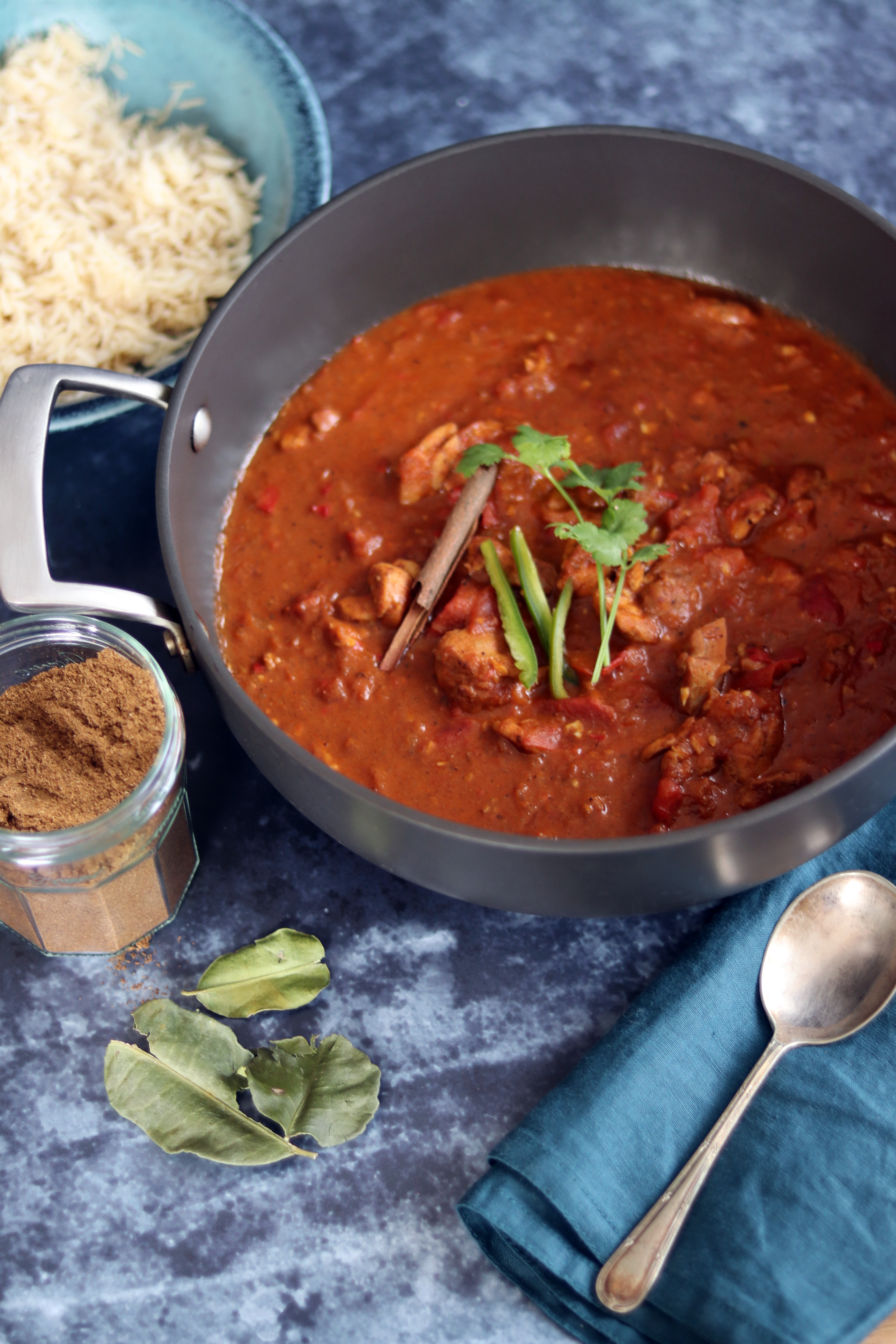 A trip to Mauritius

Until a few months ago, I used to work in travel. A couple of years ago I was lucky enough to go on a work trip to Mauritius. These work trips were as great as they sound.

We’d get to go abroad for around a week to experience a country and visit hotels so we could make better recommendations for our clients. They heavily involved being wined and dined and a fair amount of time to relax.

As part of this trip to Mauritius, we had some free time to explore the capital, Port Louis. I obviously found myself at the food and spices market.

When I was buying some vanilla pods, the trader gave me a piece of paper with a couple of recipes on. One of them was for a Mauritian Curry. 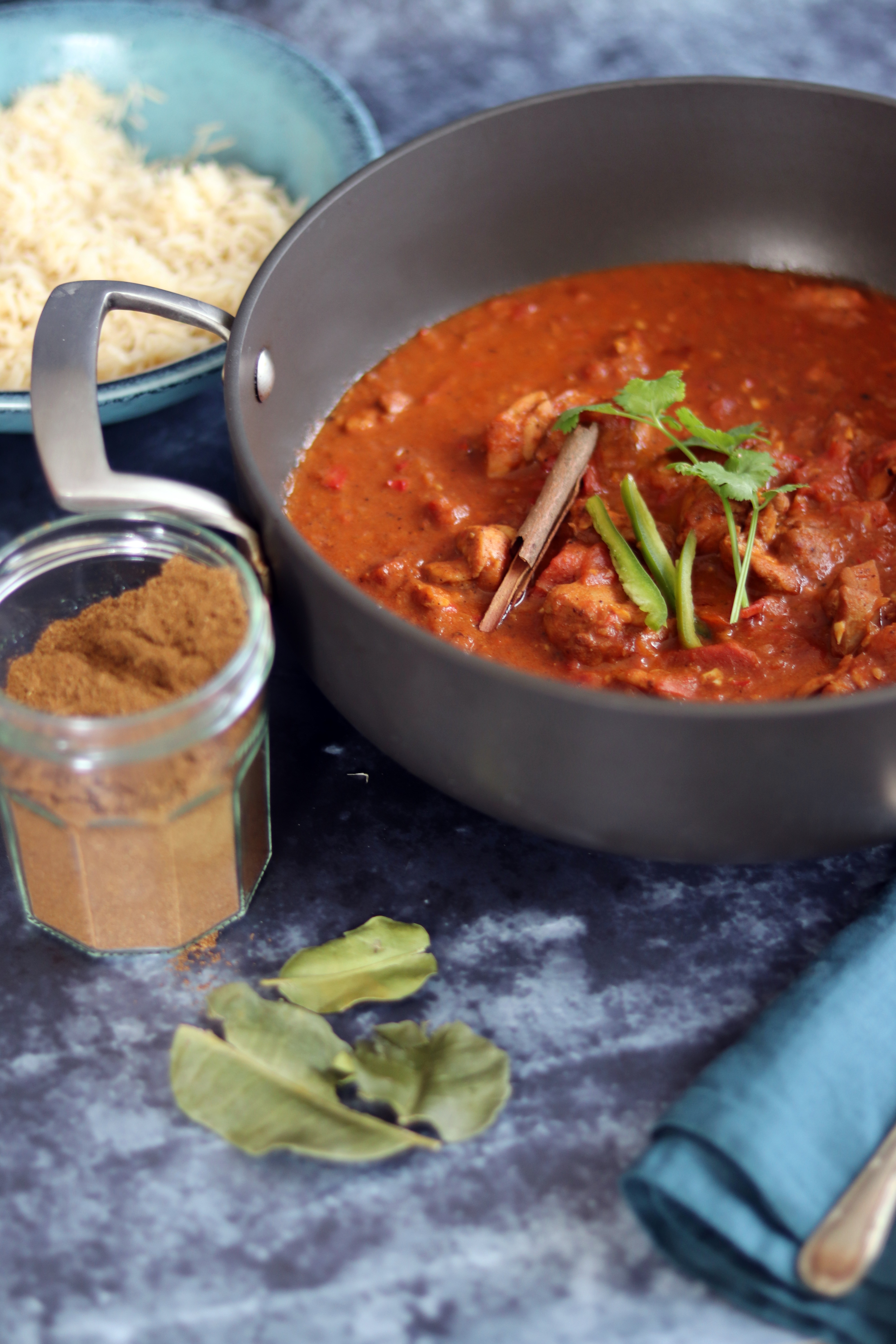 What took me so long to make my own version of a Mauritian Chicken Curry?

I loved the idea of making my own version of an authentic Mauritian curry, but there was one ingredient stopping me. The recipe that I was given used roasted coconut. I don’t like coconut.

It wasn’t until I made a delicious beef rendang a week or so ago that used coconut milk that made me realise with the rest of the spices you couldn’t pick out a specific coconut taste.

I decided that the next recipe I developed had to be a Mauritian Chicken Curry that I had been scared of for the last two years! Instead of using roasted coconut I would just use coconut milk instead. 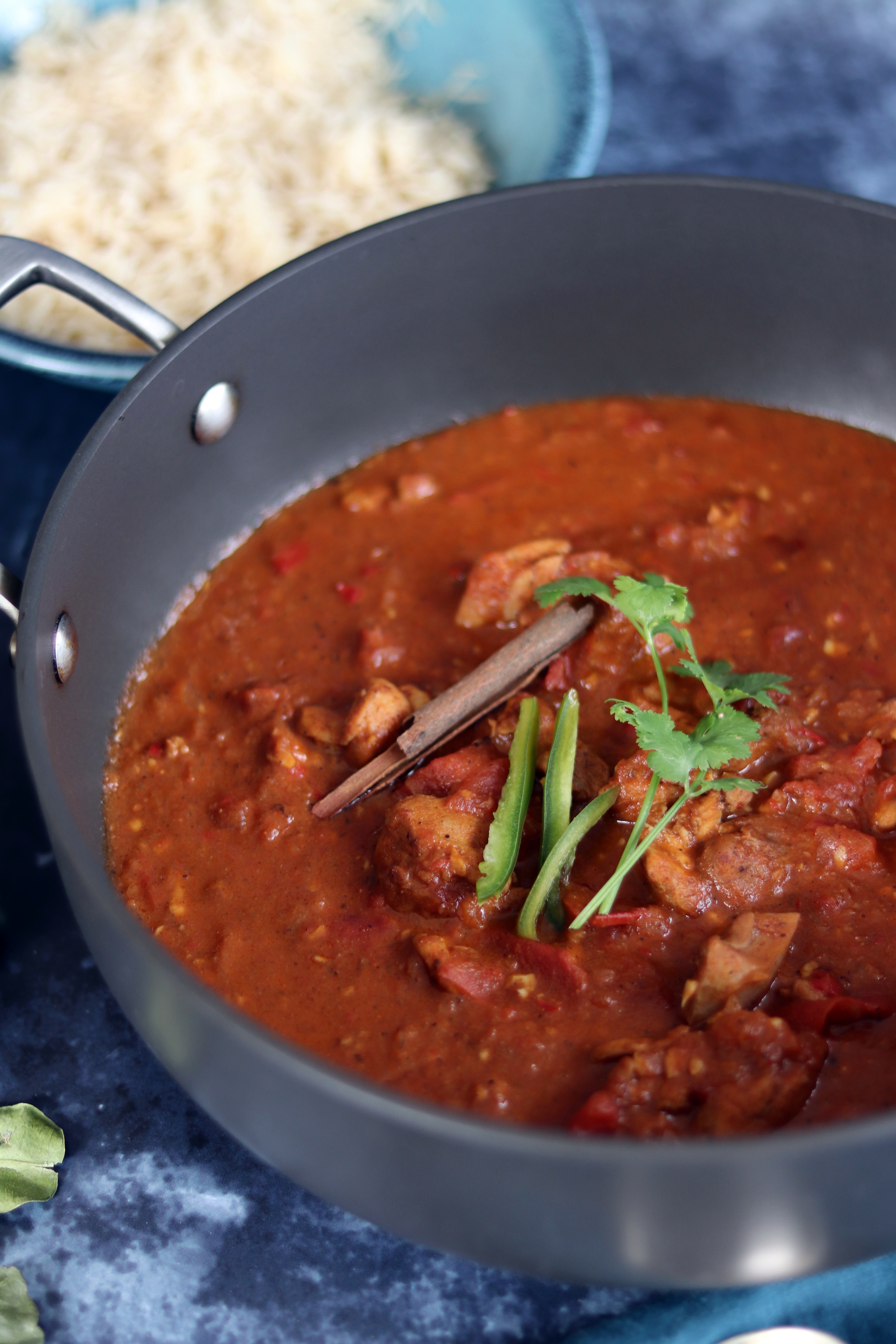 Mauritius was colonised by the Dutch, French and British which saw an influx of slaves and immigrants from Africa, India and the Far East. All of these influences have given Mauritius a unique and delicious cuisine.

I was able to get the basics from the recipe I was given; chicken, curry powder, cinnamon and chilli. But it wasn’t written in the clearest English.

This gave me the perfect opportunity to get creative and come up with my own interpretation. 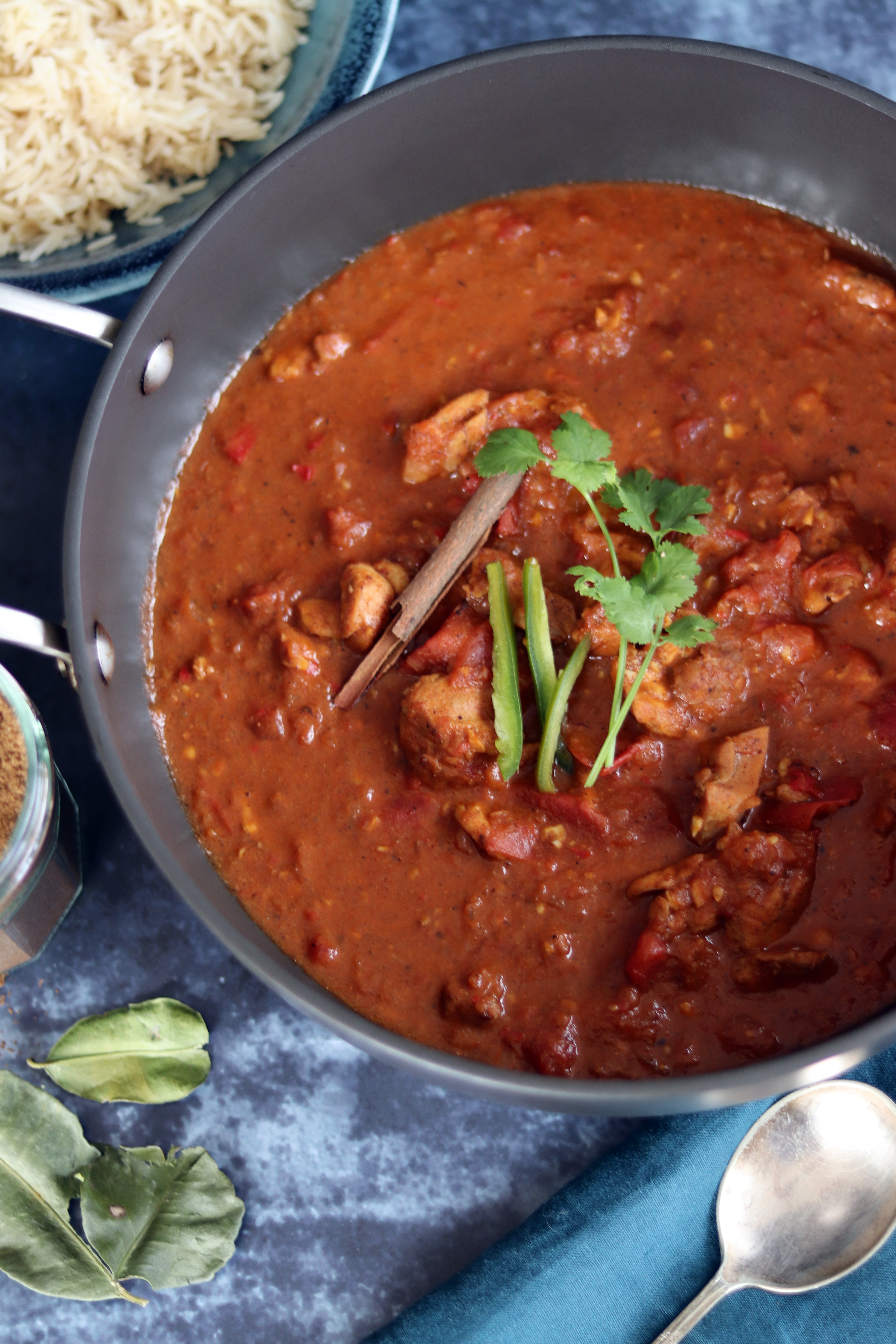 How spicy do you want your Mauritian Chicken Curry?

This recipe is deliberately easy to adapt the spice level. If you would prefer to keep it mild, leave out the red chilli altogether. If you like a bit of spice add up to two chillies.

Obviously chillies vary in heat but generally speaking the smaller chilli the hotter it will be. 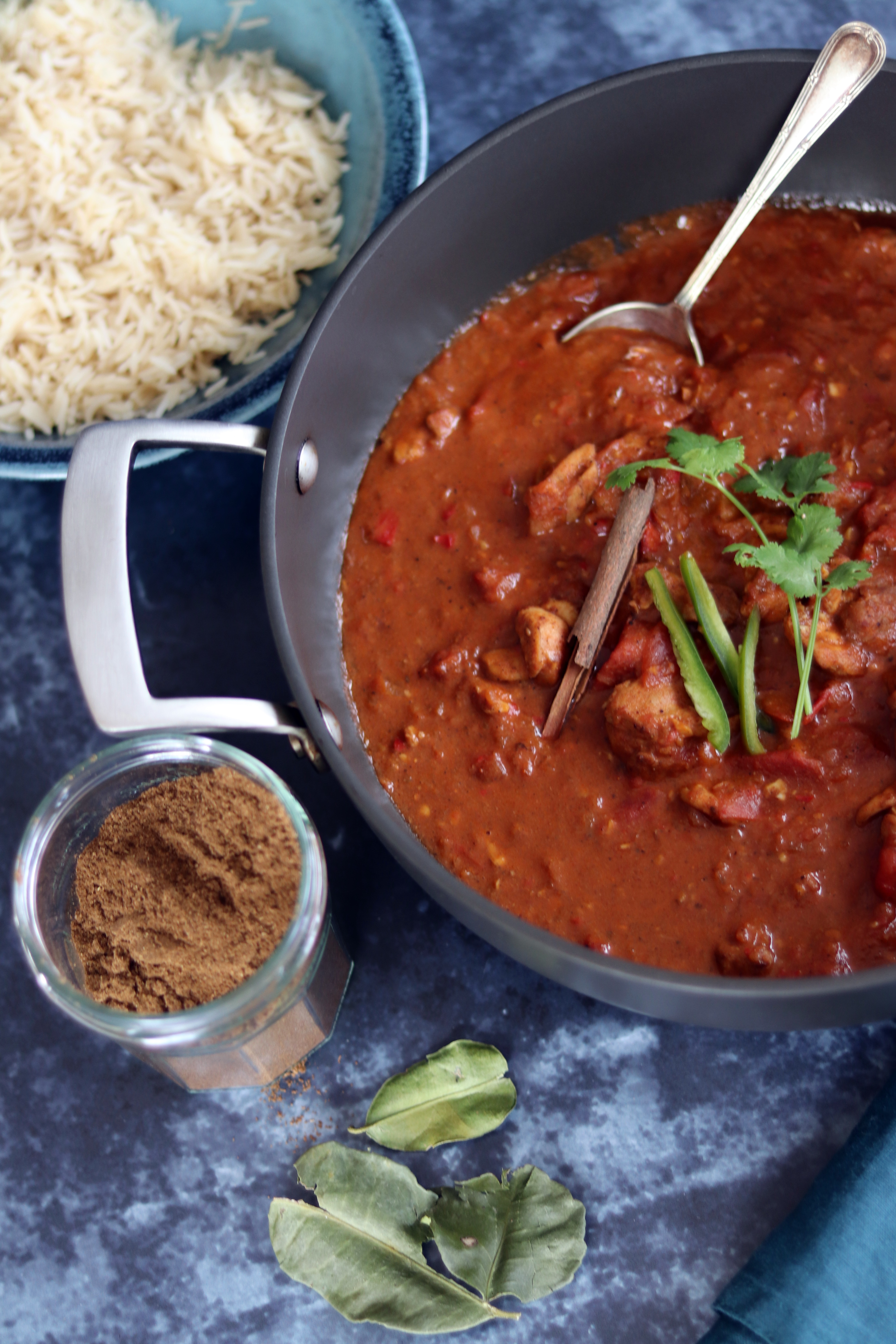 What to serve with this Mauritian Chicken Curry

I like to serve this with  some simple Basmati rice. It would also be delicious with some chapatis. I can also personally recommend accompanying this with an ice cold beer. I would be rude not to would it! 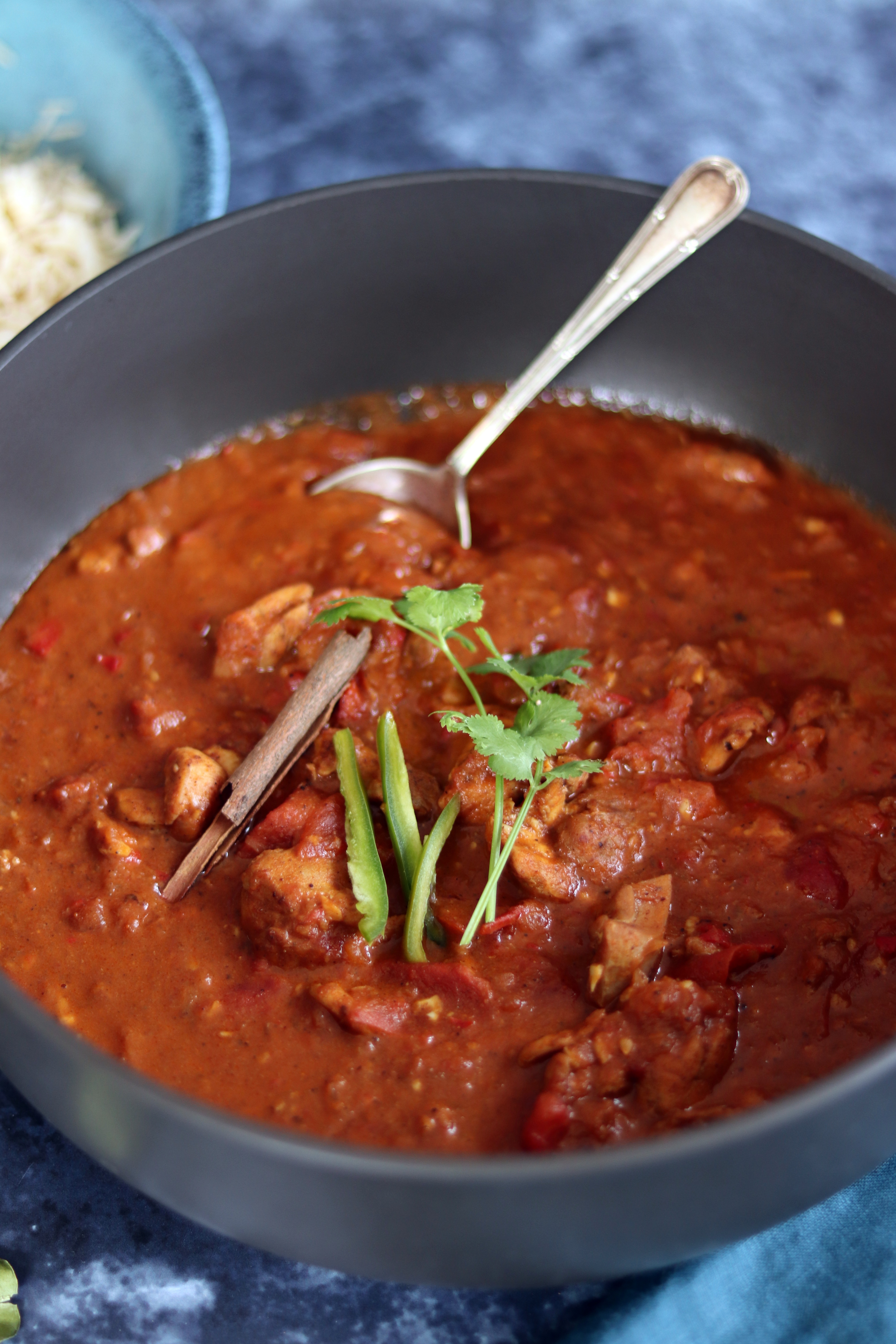 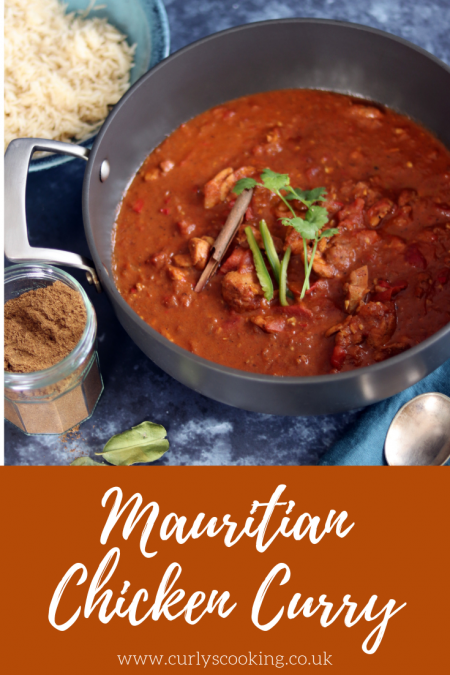 Bring a bit of Mauritius into your house with my tasty Mauritian Chicken Curry. Delicious and simple to make; cooking from scratch doesn't have to be complicated.