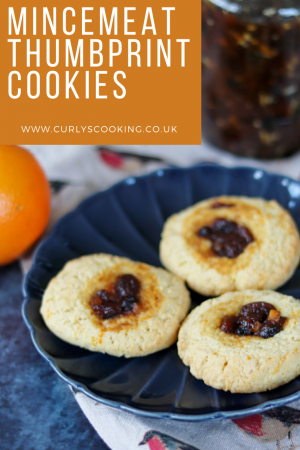 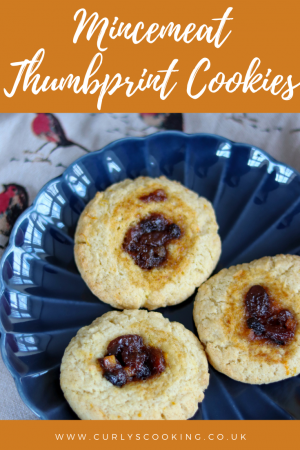 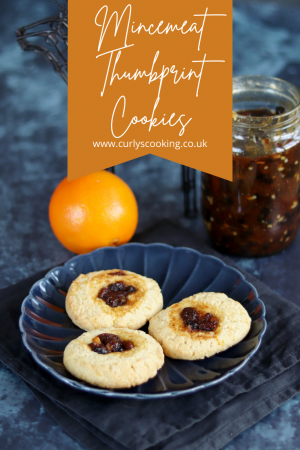 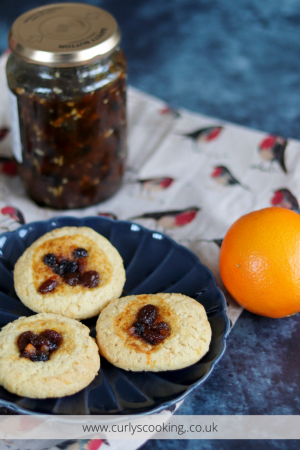 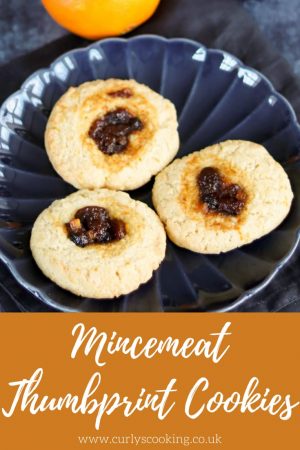 All the tasty flavours you’d expect from a mince pie but quicker and easier! These Mincemeat Thumbprint Cookies are the perfect treat to rustle up over Christmas.

Thumbprint cookies I believe, are based on a Swedish biscuit that’s name translated to ‘raspberry caves’. Thumbprint Cookies was the name adopted by America and it is the most widely used name for them.

If you’re from the UK, don’t be confused. Although they are referred to as cookies, we would know them as a soft biscuit.

A new take on a mince pie

I love mince pies but whenever I make them I am always slightly disappointed. Traditional mince pies don’t live up to my expectations. My Crumble Topped Mince Pies are the exception to this though!

This is probably because I always try and fill them with too much mincemeat and then they don’t end up looking as uniform as I’d like!

Traditional mince pies also are quite fiddly with all of the rolling out and cutting of the pastry. Last year I made Frangipane Mince Pie Slices which were very popular and a great alternative to Mince Pies.

This year, I wanted to come up with an even easier recipe.

Mincemeat thumbprint cookies have all the flavour but without the faff

As we all know the build up to Christmas is such a busy time for everyone with the present buying and food prep. This is why any time saving Christmas recipes are always a win in my book!

These Mincemeat Thumbprint Cookies could not be easier. You don’t need a mixer which means there’s not even extra washing up! They aren’t anything fancy, they are just simple and tasty.

Which Mincemeat is recommended to use? 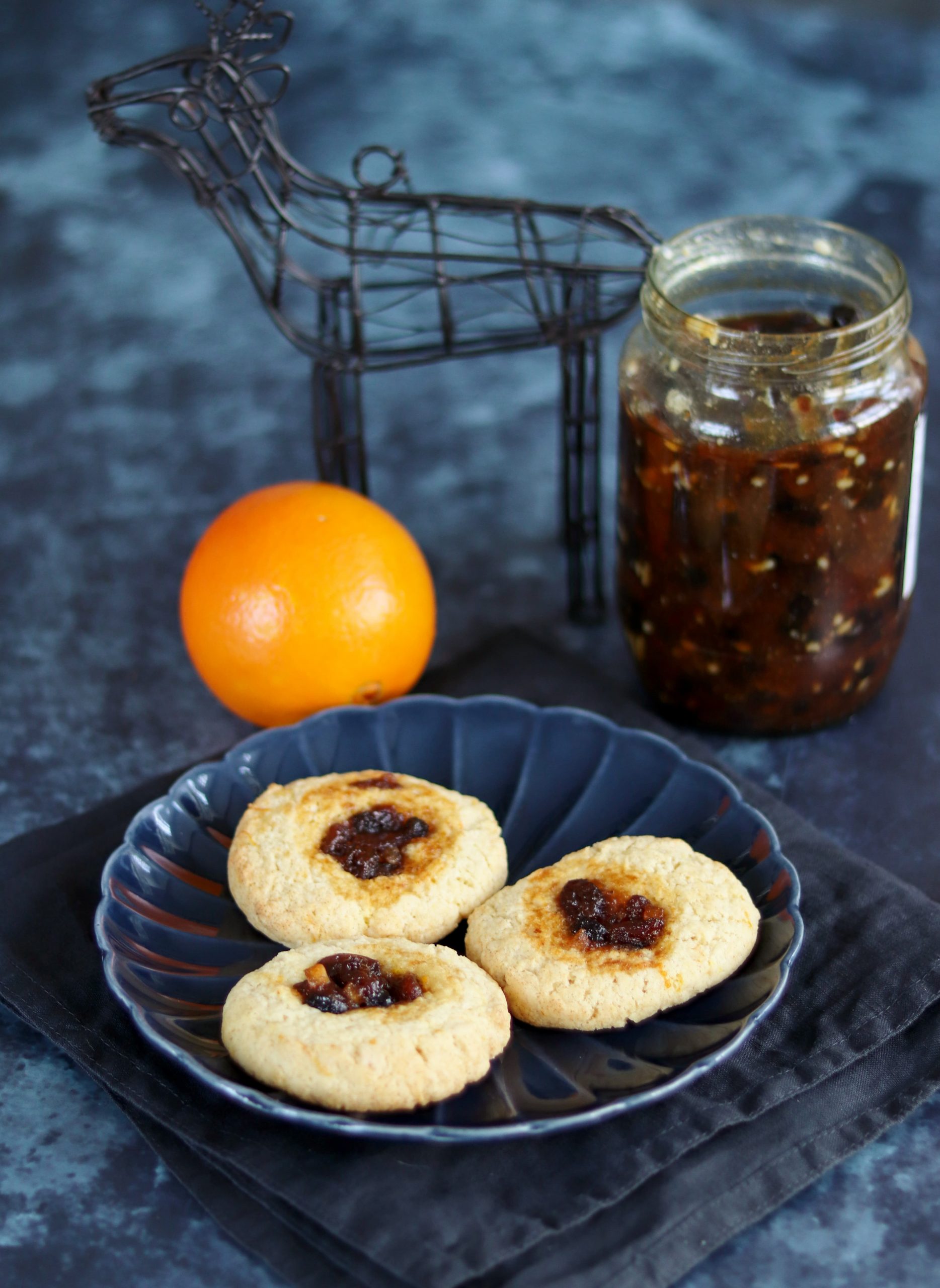 Don’t add too much mincemeat

This is my biggest issue. I love mincemeat and want to add as much as I can. But if you add too much it just spills down the sides of the cookies.

Although this won’t affect the taste of the cookies and they will still be delicious, it does make them look a little less pretty.

These Mincemeat Thumbprint Cookies are really easy to make. This makes them great for children to help out with.

It is also a great bake for people who aren’t very confident bakers. It doesn’t matter if they look a bit rustic – mine often do! 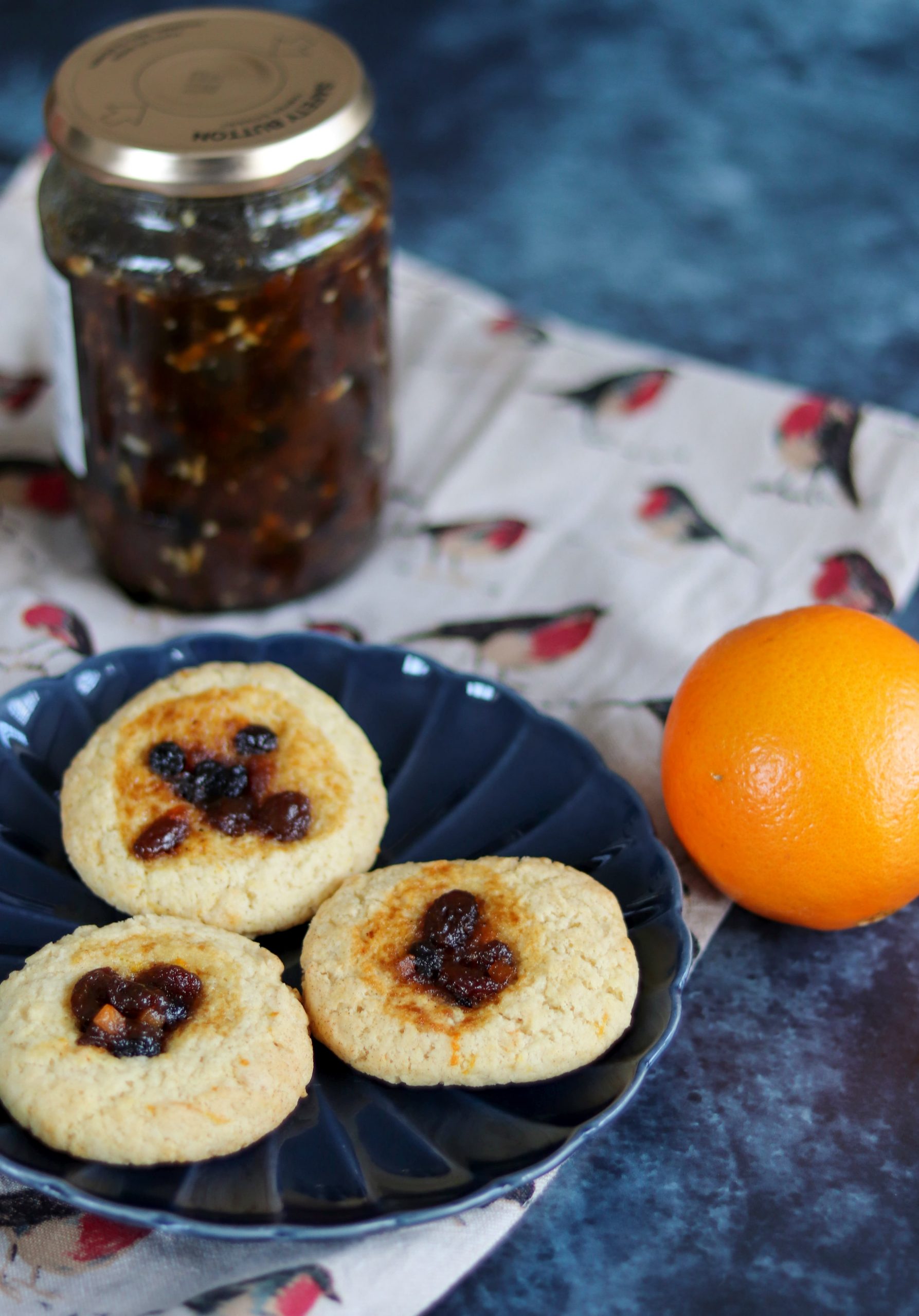 Is the orange zest essential?

The orange zest isn’t essential, but I think it really enhances the flavour of the cookies and the mincemeat.

Orange and mincemeat is a delicious flavour combination and it really takes these cookies to the next level.

If you don’t want to add it you don’t have to; but I really would recommend trying it!

I think the best way to freeze them would be to wrap them up tightly in baking paper and then cling film after you have rolled the dough into a cylinder.

When you want to bake them, leave them to defrost for an hour or so before cutting into slices and continuing the recipe as below. 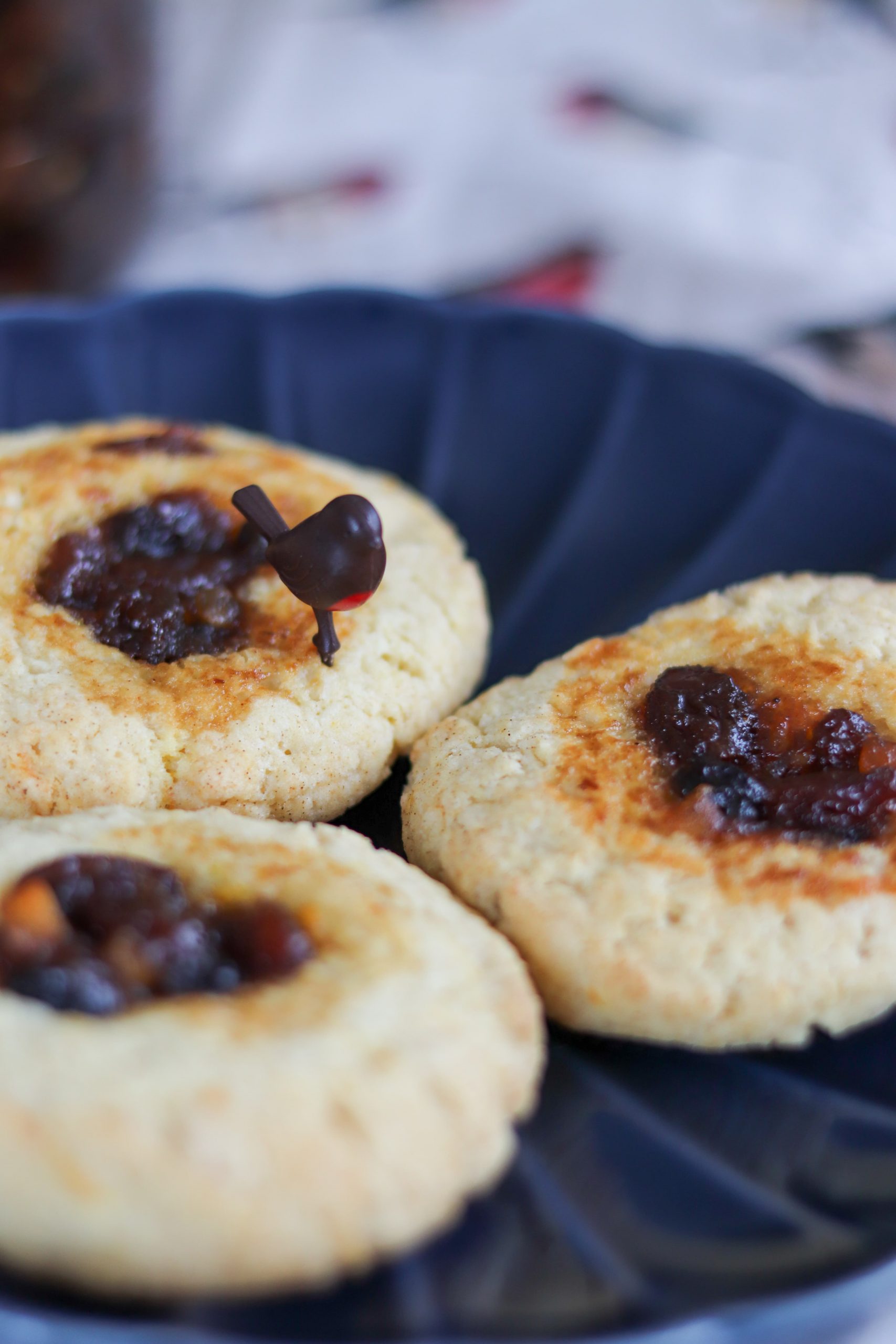 I love giving edible gifts at Christmas. People really love the extra thought and effort that goes into making them. Plus they are delicious! 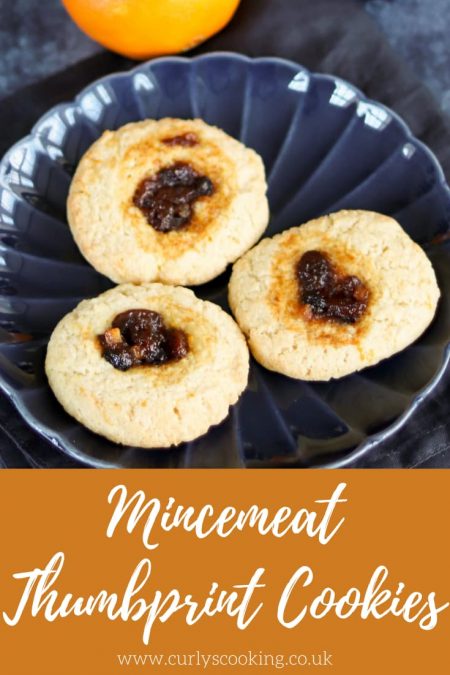 All the tasty flavours you'd expect from a mince pie but quicker and easier! These Mincemeat Thumbprint Cookies are the perfect treat to rustle up over Christmas.

Don't be tempted to use too much mincemeat or else it will run down the side.

Keep for up to two days in an airtight container.